Stjepan Hauser was born 15 June 1986 known professionally as HAUSER. Stjepan was born in Pula, Croatia, into a musical family, where he began his musical education. He is a member of 2CELLOS, along with Luka Šulić.

Stjepan Hauser is very active on social media platforms. He has 3 million followers on Instagram (@hausercello), he also has a Youtube channel in which he has 2.36 million subscribers and 242 million views. Photos of HAUSER are used by scammers on various social media and dating sites. 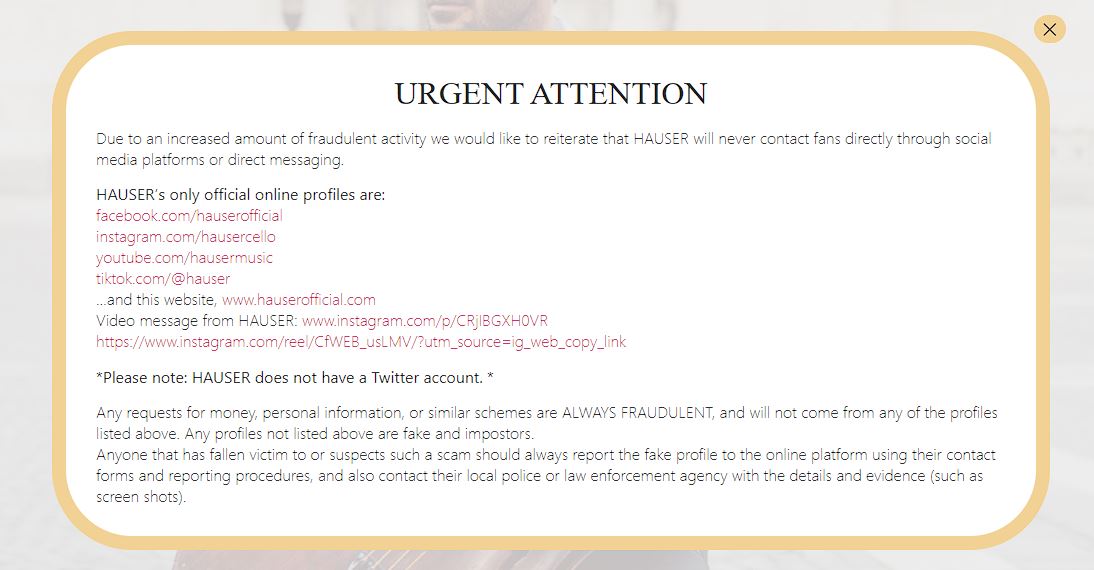 Remember Stjepan Hauser face if you see him again!

This gallery features photos of Stjepan Hauser, which were used by African scammers on dating sites!