Valentina Nappi is an Italian adult actress, was born on November 6, 1990, Scafati, Italy. The debut in the adult industry took place in 2011 at the age of 21. During her career, she starred in more than 180 adult videos. In June 2012, it became the Playmate of the month of the Italian edition of Playboy magazine, and in November 2013 – the p***y month of Penthouse magazine. She studies art and design at the university.
She has a reputation as an “intellectual adult star”, wrote about the status of men and women in modern society, and took part in a philosophical festival. He claims to see p****graphy as “a means of undermining bourgeois hypocrisy.”

Remember the face of Valentina Nappi if you see her again!

This gallery features photographs of Valentina Nappi, which were used by African scammers on dating sites! 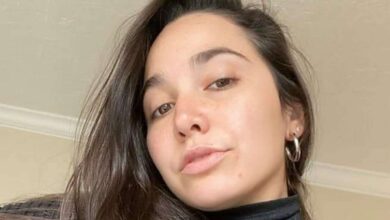